The Sabuk-jung is a siege content between the king's Mun pa to become the Emperor Mun pa with the best power of each server.

Tournament-type battles will be held in the third round, and they will be eligible to participate when they will win the Server Siege by server. Qualified Mun pas can use the contents through the war category in the conquest server where the warriors of the server gather and compete.

The first war, which will be born in the first emperor, will begin at 22:00 on Sunday, one week after the end of the Luncheon Siege, which will be held on Sunday. In the first round, eight doors, which occupy one occupied seat in eight regions, will win and qualify for the second round. As the round continues, the area gradually narrows, and in the final round, four King Mun pa will compete with only one occupancy seat.

If you become an emperor's Mun pa, the king will become the emperor and manage the territory of Sabik Province. The king of each server can be granted taxes such as gold coins and black iron, and the application of individual tax rates of each server is also changed so that only the emperor can adjust.

In addition, it is possible to pay the award-winning goods divided into five grades: legend, hero, rare, advanced, and general on servers with emperor Mun pa. Here, the emperor's ride, Sabuk-gun, appears, and is escorted by the spirits. Various titles, sulfur, etc. can also be applied to all Munition.

Mir 4 will hold a result forecasting event to commemorate the hosting of the Sabik Dynasty. The event will be held from the 14th (Monday), when the participation door is confirmed, from December 3 (Sat), before the start of the final.

First, users can connect to a separate event page and vote for the Moon pa, which is expected to win each round. If he votes, he will receive special rewards such as growth materials, reinforcement stones, and summons, and will present the Legendary Blue Dragon Statue and Dragon Bead Summon Ticket when the final victory is successful.

Along with this, a pre-booking for a new character, Black Dose, begins. Black Dose, which is newly emerging through the update on Thursday, is a character that boasts skills centered on forbidden techniques such as 'Mara Blood', which uses forbidden to take away the opponent's blood and restores health.

Pre-booking can be made on the game's brand page and KakaoTalk pre-booking page by November 22 (Tue). If you make a reservation, you will receive a compensation box consisting of a variety of items, such as registered items, 'Legendary Mascot Challenge Box' and 'Hero Challenge Incense Box'. In addition, if you invite a friend, you can get additional three permanent tier three accessories. 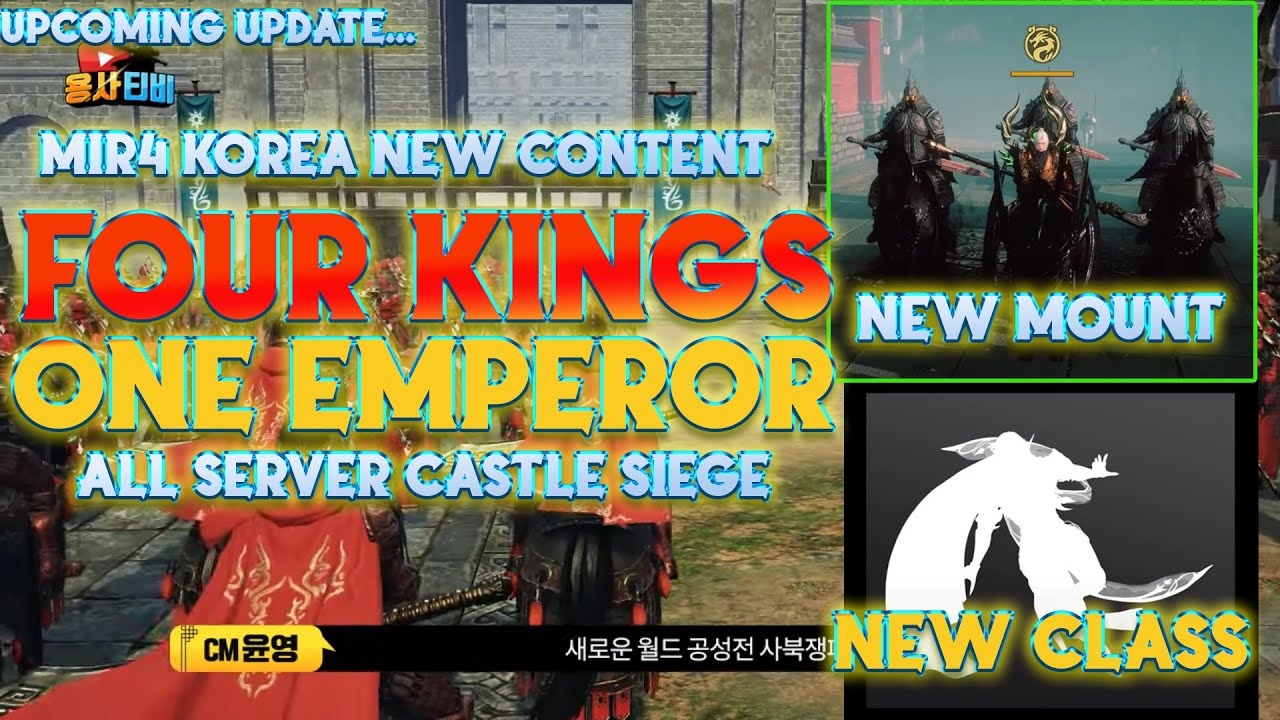 Meanwhile, the chronology of the human army surrounding the Cheops ended, foretelling a new beginning of the new chapter Aura through the teaching of the official site on Thursday.

For more information about Mir 4, visit the official site and the community.